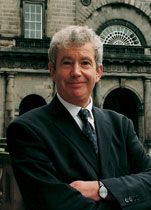 Professor Emeritus, The University of Edinburgh

He served as the Chair of Jisc (2009-2013), as Universities Scotland’s Vice Convener (2009-2012), as Chair to the Advisory Committee for the ESRC / EPSRC's Technology Enhanced Learning (TEL) Research Programme (2009-2013), and as Deputy President of the French Government’s Initiatives d’ Excellence en Formations Innovantes (2011-2012).

His academic output, produced mainly in collaboration with others and on topics relating to computer based learning, artificial intelligence, and mathematics education, includes 10 books, 22 BBC television programmes and over 100 journal articles.

Access to some of his publications is available at ResearchGate.